Welcome to the Bradford Family Film Festival, a month-long celebration of family films across the Bradford District. Throughout August 2022, we bring you a diverse range of film titles in some equally diverse settings with our partners at Living Well – an initiative that aims to help people in the Bradford District to improve their physical health, mental health, and wellbeing. From the Bradford Big Screen in City Park, to the pop-up cinema space in the Oastler market, to a range of community cinemas.  We have some amazing titles for all tastes. Blockbuster films such as Encanto. Through to the classic retro film, Back to the Future. To the hilarious Sing 2 and Kung Fu Panda.

Join us for a summer of film at the Bradford Family Film Festival with Living Well in the world’s first UNESCO City of Film.

All films are subject to change & more screening to be announced The Bradford Family Film Fiesta is a month-long celebration of family films across the Bradford District. Throughout August 2021, we will bring you a diverse range of film titles in some equally diverse settings, as part of Bradford’s Summer Unlocked events programme.

From the Bradford Big Screen in City Park, to the pop-up cinema space in the Oastler market, a range of community cinemas, and even a rock music venue, we have some amazing titles for all tastes. Blockbuster films such as Moana and the Lion King to the beautiful and thought-provoking Song of the Sea, we also have the awarding-winning Arabic language film Wadjda and the Urdu language animation Burka Avenger and all topped off with regular screenings of Super Power Dogs in Imax 3D.

Join us for a summer of film at the Bradford Family Film Fiesta in the world’s first UNESCO City of Film.

Every Thursday throughout August, the National Science and Media Museum will be showing subsidised screenings of Super Power Dogs in IMAX 3D.

Discover the life-saving superpowers and extraordinary bravery of some of the world’s most remarkable dogs. Narrated by Chris Evans (Captain America: The First Avenger, Gifted), experience Superpower Dogs in IMAX. Children must be accompanied by a parent or guardian

Stop Motion animation workshop – come and have a go at some basic stop motion animation and create a micro film about a Bradford super hero. Bring your favourite action figure, doll, teddy bear and film them flying through Bradford on a mission to save the City!!!! ‘To Undercliffe, and Beyond……” Bradford Family Film Festival 2019  is extra special as this year we are celebrating our tenth anniversary as a UNESCO City of Film.  There’s screenings, events and activities designed for all the family to enjoy together throughout August. We’re delighted that Living Well and Bradford BID are this year’s City Park supporters. The fitness team from Living Well will be down in City Park every Wednesday inviting everyone to join in their exciting street dance routine before settling down for the outdoor screening.   So join us at the Big Screen, The Light Cinema, the IMAX and Picturehouse at National Science and Media Museum; Oastler Market and community cinemas across the District for a summer of family film fun. To help reduce the amount of single use plastic at the festival this year, we have partnered with Bradford BID to give away a limited number of purple bottles to children attending our City Park events.  Bottles will come with all the details about the Refill App, will be given out before the Big Screen films which run every Wednesday in August as part of the Festival in City Park.

The new improved pop up cinema at Bradford Markets Picturehouse Bradford at the National Science and Media Museum is marking the last weekend of school holidays with an  amazing festival offer on full length feature films in their IMAX Cinema from Friday 30th August to September 1st .

Come and be totally mesmerised by the immersive experience of the huge IMAX screen and  it’s state-of-the art sound system – with tickets available at more than half price.  The films on offer will be a mixture of 2D & 3D titles and include:

How To Train Your Dragon 3 (PG) – Trailer

For the full programme visit picturehouses.com/IMAX 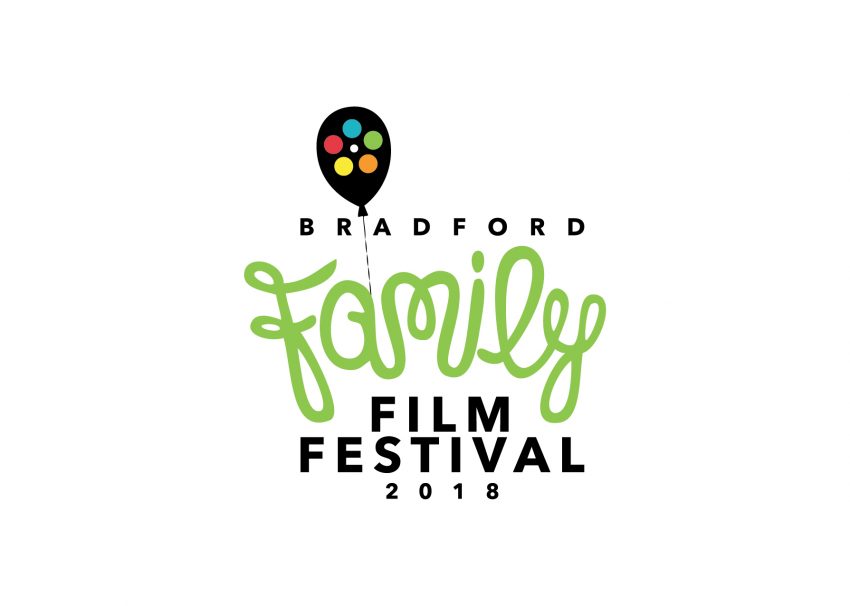 Bradford Family Film Festival is back once again this August with a fantastic programme for the whole family to enjoy. We’re delighted to welcome The Light as a new partner this year and to be working with Picturehouse at the National Science and Media Museum for the second year running  –  giving our audiences more opportunities to see more great films and IMAX 3D documentaries. City Park will be at the heart of the festival – with our regular free films on Bradford Big Screen every Wednesday in August. We’d like to thank 21st Century Fox for  three fabulous titles running as part of this outdoor screening experience.  So whatever the weather we’ll see you there!

For the full up to date programme and other screening info please visit: http://bradford-city-of-film.com/big-screen/family/ 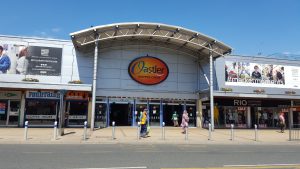 We’re delighted to be working with Bradford Markets who are hosting a special pop up cinema every Friday in August at 11am in the Oastler Shopping Centre, John St, Bradford.

Come and join them for some magical movie moments for FREE!

Every weekday morning throughout August, they will be screening a family friendly movie with plenty of feel good factor.

Tickets for these films are priced at £3 each and they have a selection of refreshments available, including a children’s snack pack at £3.95 – perfect for little fingers and big appetites!

Keep up to date with the film choices and times on Facebook and Twitter, or visit them in person where their friendly staff will be happy to help.

Film titles and times will be added to the schedules once announce, check here for more information. 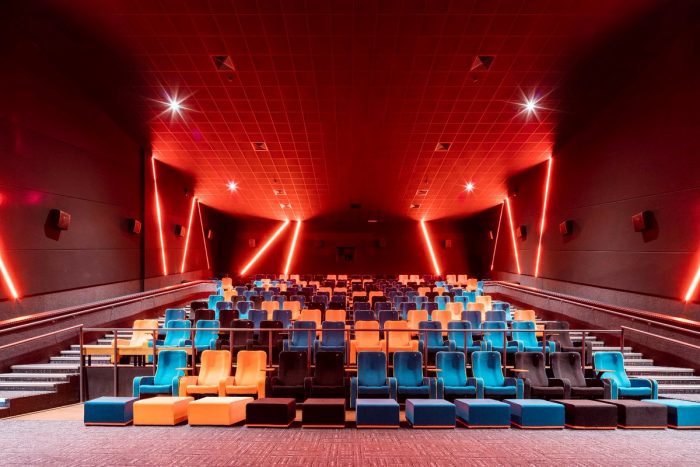 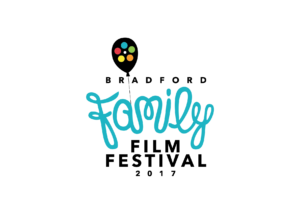 The Bradford Family Film Festival came to a close today (30 August 2017) for another year.

Free Screenings on Bradford Big Screen in City Park and on the IMAX, Picturehouse at the National Science and Media Museum as well as other venues across the Bradford district 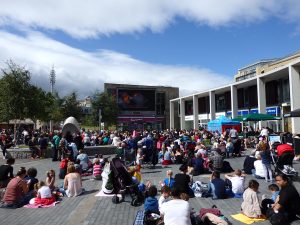 For the full up to date programme and other screening info please visit: http://bradford-city-of-film.com/big-screen/family/ 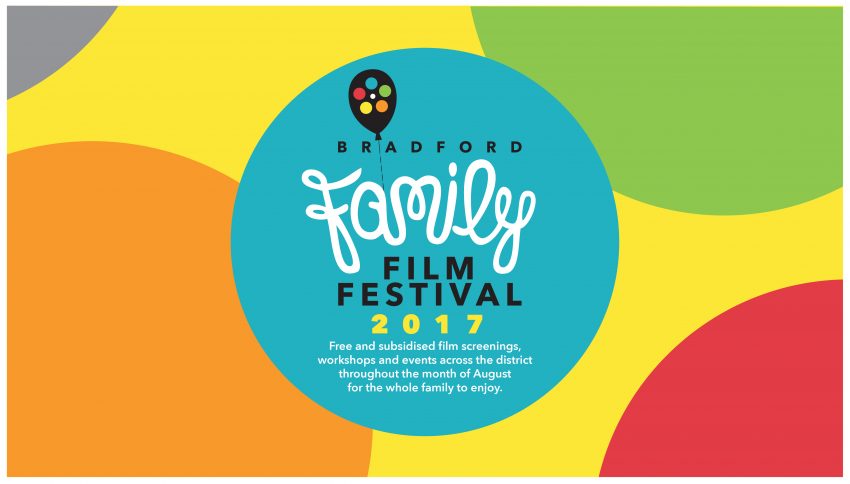 Bradford Family Film Festival 2016 – Its a wrap! see you next year!

Bradford Family Film Festival 2016 has been a huge success, with people from all corners of Bradford gathering to enjoy a selection of popular family films as diverse as the audience watching them! The weather was on our side for outdoor screenings in City Park – an irresistible picnic opportunity for many – and those held at smaller venues around the Bradford area were similarly successful. Viewing numbers in their hundreds were matched by glowing praise from festival-goers and the enthusiasm of excited children eagerly waving at the Big Screen audience cam. Bring on 2017!

Running throughout the month of August the Bradford Family Film Festival brings a wide range of screenings and events for families to enjoy. From large-scale, free outdoor screenings in City Park to workshops and hands-on events across the Bradford District we’ve got it covered. 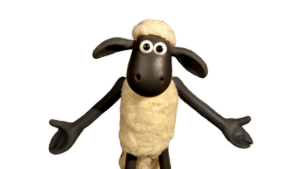 Shaun the Sheep thinks and acts like a person in a barnyard, which usually gets him into trouble. The farmer’s sheepdog, Bitzer, tries to keep Shaun and his friends out of trouble. The farmer is oblivious to the humanlike features of his flock, who are like one big, happy family. 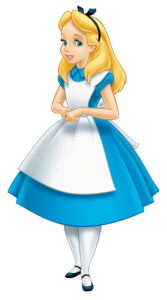 The original Disney classic screened in the fabulous setting of Cliffe Castle Museum. You can also join Alice on her adventures through Cliffe Castle, as she tries to find the White Rabbit.

Things will become curiouser and curiouser as you journey around the museum. Items from the collections of Bradford Museums and Galleries will help you unlock the story of Alice’s Adventures in Wonderland, with key characters popping up along the way. There will be plenty of surprises in store including felted creatures created by Malachai Beesley and peculiarly small gardens made by Isobel Cortese. Full details HERE