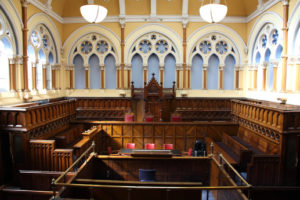 A social activist who uses folk music to spread his message is arrested, accused of inciting a sewage worker’s suicide. Lawyers from both sides of the aisle, and the rote ideologies they represent, are scrutinised as the trial plays out.

The film has won numerous awards around the world. See more here http://courtthefilm.com/

You have the opportunity to see this brilliant film in the Victorian Court Room in City Hall, Bradford. Places are limited and booking is essential.

THE EVENT IS FREE BUT BOOKING IS ESSENTIAL – book here

The film has won numerous awards around the world – see here

You can see the trailer here