bringing people together, one film at a time 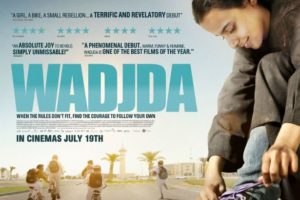 The Neighbourhood Film Project is a new initiative in development by Bradford UNESCO City of Film with a range of partners across the Bradford District. The aim is to bring neighbours together who may not have engaged with each other previously through film and conversation. Working with a range of communities including English, African, East European, Arab and South Asian, the project will encourage these communities to work together and start conversations about culture, identity and faith through film presentations and regular community coffee sessions to discuss future film titles and to get people to participate fully in the running of the project.

A key part of this project is to unite people from different faiths, cultures and to learn celebrate and create strong community cohesion and is supported with funding from the Near Neighbours Fund.

The project aims to encourage and develop a number of volunteers who will gain key skills in hosting a film screening.

David Wilson, Director of Bradford UNESCO City of Film said “film is such an effective communication tool and able to stimulate discussion and debate. We very much hope that this initiative will grow over time to extend across the whole of the Bradford district and possibly beyond. We also hope to encourage communities involved to play a greater role in the developing range of film festivals in Bradford including the Small World Film Festival, the Bradford Family Film Festival and the Golden Years Film Festival.”

Dr Zuhair Bashar, chair of the Sudanese Community Association in Bradford said, “I am delighted that the first screening of this initiative is involving the Sudanese community in Bradford and of course, that the screening is open to anyone. The project is about bringing people together and getting them engaged and this type of activity can also lead to better cohesion across many communities in Bradford.”

The first screening of the project will be hosted by the Bradford Sudanese Community and the screening will take place at St Stephens church hall 48 Newton Street, Bradford, BD5 7BH on Saturday 3rd December 2016 at 3pm. The first film in the series is ‘Wadjda’ which is also very appropriate as it is very much a movie of firsts. This first feature film shot entirely in Saudi Arabia the film tells the story of a young girl living in a suburb of Riyadh determined to raise enough money to buy a bike in a society that sees bicycles as dangerous to a girl’s virtue. Even more impressive, WADJDA is the first feature film made by a female Saudi filmmaker. In a country where cinemas are banned and women cannot drive or vote, writer- director Haifaa Al Mansour has broken many barriers with her new film.

To view the trailer for this film and see more information on the project as it develops please visit http://bradford-city-of-film.com/enjoy/neighbourhood/

The second film in the series will be screened in January (date and venue TBC). The film chosen is called ‘Leave to Remain’ – Three teenagers forced to leave their family, friends and homes behind learn to live in yet another hostile country. That country is the UK.