A series of gigs by local artists played in galleries across Bradford are being screened exclusively in City Park.

Bradford UNESCO City of Film worked in partnership with Bradford University to curate the gigs in unconventional performance spaces like the Bradford Industrial Museum.
The result is five fascinating films featuring local artists like Angelo Palladino and Family Elan playing their music and talking about the venue. The films were launched today (Thu) on Bradford Big Screen with a special screening for the students who made the films.
David Wilson, Director of Bradford UNESCO City of Film, said: “I’m delighted with these films – they’ve not only put the artists on the map but also places in Bradford – enabling us all to find out a little more about Bradford’s exciting music and cultural offer. I really recommend people watch out for the films on the Big Screen.”
Chris Hazell, TV Production Lecturer at Bradford University said: “This has been a brilliant challenge for the students recording the performances live with superb results. The idea of the project was to promote the galleries as well as the artists. The videos aren’t just performance -they are a mixture of comments from those working at the galleries and the performers. “
The performers and their venues are: Magpahi at Delius, Gerrard Bell-Fife at South Square, Angelo Palladino at the Peace Museum, Elizabeth at the Impressions Gallery and Family Elan at the Industrial Museum.

Bradford Big Screen is a giant outdoor screen in the heart of one of England’s most vibrant and exciting cities with an international reputation for film and media.
Situated in front of the National Media Museum in the award winning City Park with its mirror pool and shooting fountains, the screen is a pioneering arts project designed to bring cutting edge film and creativity to the heart of the urban environment.
Up to 300,000 people pass the screen each month – offering unprecedented exposure for filmmakers to showcase their work. 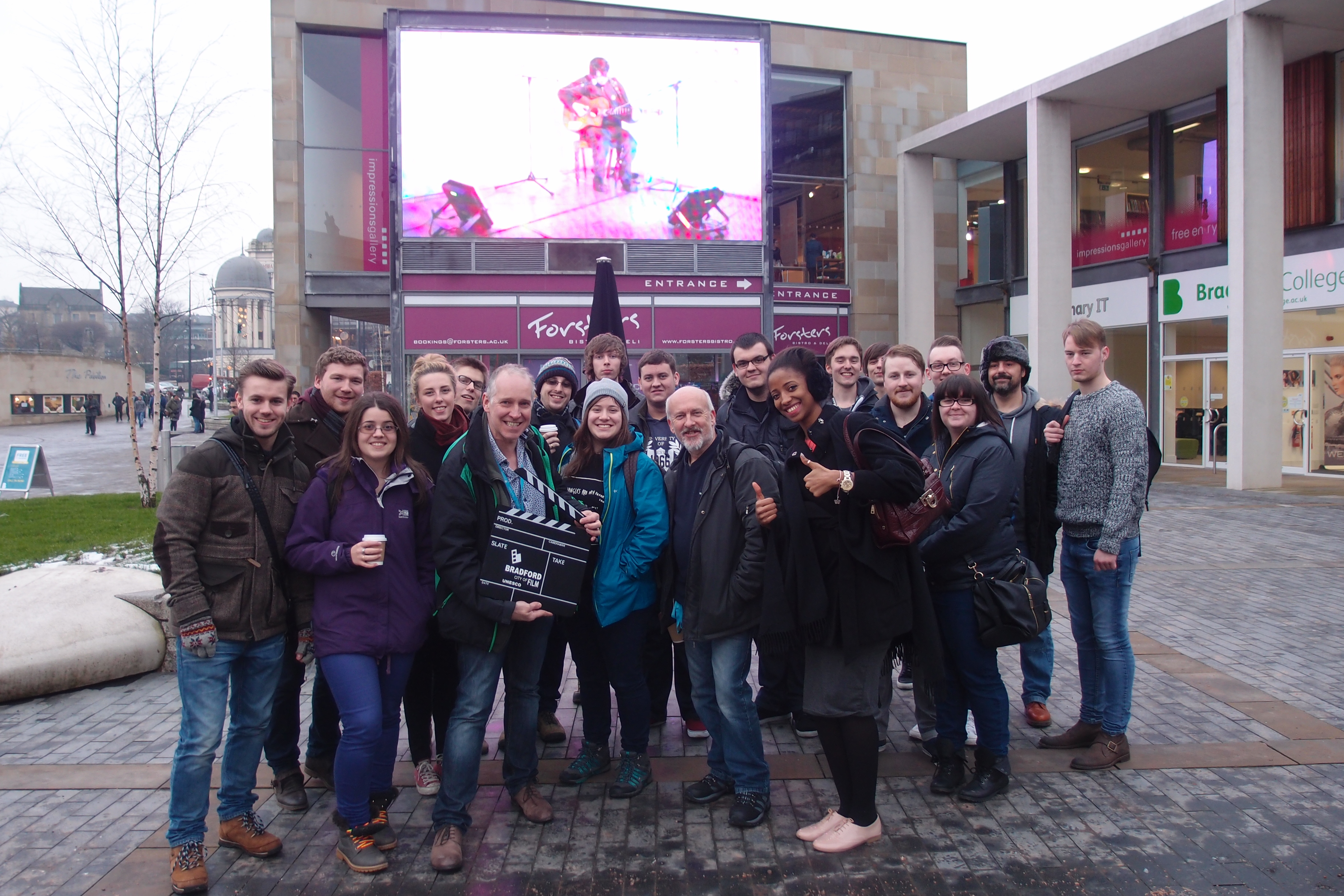