Veteran broadcaster and campaigner Esther Rantzen will launch this year’s Golden Years Film Festival in Bradford, it was announced today.

The six day festival hosted by Bradford UNESCO City of Film in partnership with Picturehouse at the National Science and Media Museum will run from Saturday 30 September.

The festival – aimed at an older audience but open to all – has a top billing of films, events and discussions with broad appeal. Most events will be held at Picturehouse Bradford but there will also be screenings at the Bradford Club and Delius Arts and Cultural Centre.

Festival Director, David Wilson from Bradford UNESCO City of Film said: “We’re delighted to be bringing Golden Years to Bradford for a second year. Our programme is designed with older people in mind but we’re really keen to see an intergenerational element to our festival. I am very pleased to be presenting a specially commissioned film  – by Bradford filmmaker Suman Hanif – on how loneliness affects people in the city. This year’s festival really does have something for everyone – from film classics, musicals, documentaries, comedy, talks, discussions and even some jiving. We are also delighted to have Northern Gas Networks on board as our main sponsor for the first time.“

Esther Rantzen said: “I’m thrilled to be launching the festival in Bradford. The programme is really diverse. It’s wonderful to see a city embracing older audiences  whilst at the same time inviting all generations to come together and share some really great moments inspired by film. ”

“An Audience With Esther” will take place on Saturday 30th September 1-2pm  at Picturehouse Bradford. The well known broadcaster will speak about her distinguished career in television and touch on some of the work close to her heart, including her role as patron of a charity designed to combat loneliness. Tickets are available here https://www.picturehouses.com/cinema/National_Media_Museum/Whats_On?filter=GoldenYear

The line up for the rest of the week starts on Sunday 1st October with a special event celebrating JB Priestley, Bradford’s famous writer. This will include a screening of the film written by him, Look Up and Laugh in the Pictureville Cinema at Picturehouse Bradford. On Monday, working in partnership with the BBC,  there’ll be a free screening of the moving portrait of the Bronte sisters,  To Walk Invisible preceded by a Q&A session with Ann Dinsdale, Principal Curator of the Bronte Society and the Bronte Parsonage Museum.  Ann also played an advisory role for the production team as they filmed around Haworth. 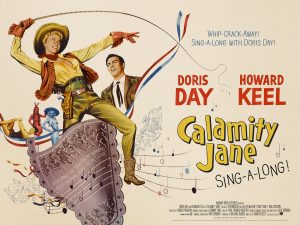 On Tuesday at Picturehouse there will be a fascinating archive session on Life on the Home Front hosted by Bradford and District Age UK before a sing-a-long screening of the musical classic Calamity Jane. Staying with musical comedy, The Band Wagon –  starring Fred Astaire and Cyd Charrise –  will be screened on Tuesday afternoon by the Creative Stroke Recovery Group at the Delius Arts and Cultural Centre. 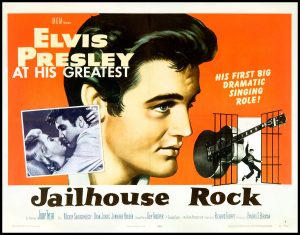 Wednesday is jive day with a screening of Jailhouse Rock  – Dementia Friendly, but open to all  – and a lively jiving session hosted by Marie McCahery from the local Lindyhop to get everyone in the fifties mood all at Picturehouse. This is followed in the evening with classic comedy at the Bradford Club. The historic venue is opening its doors to the public for a triple bill of slapstick fun from Laurel and Hardy. 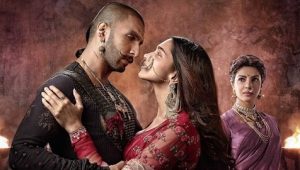 We also continue Bradford’s long tradition with Bollywood and screen the brilliant Ranveer Singh in 18th century Maratha Peshwa Bajirao the epic romance Bajirao Mastani, one of the highest grossing Indian films of all time.

Bradford’s film heritage will be profiled on Thursday with a talk from Bradford UNESCO City of Film’s Director, David Wilson before the festival finale feature film, Goodbye Christopher Robin at Pictureville Cinema.  The film gives a rare glimpse into the relationship between children’s author A.A Milne and his son Christopher Robin whose toys inspired the magical stories of Winnie the Pooh.