A new digital project is aiming to showcase Bradford on the BBC – and the corporation wants Bradfordians to show what a “brilliant and unique” place it is.

My Bradford, a partnership between BBC Radio Leeds and Bradford UNESCO City of Film, will let people tell their stories about the city and will also shape the news agenda as covered by the BBC.

BBC producer Jenny Eells said: “Everyone has a great story to tell and My Bradford will help show the city off to the world.

“I want to hear from anyone who fancies making a short film, blog, vlog or take pictures and sharing it on the site. Or if people want to tell me about a great story that we should cover, I want to know about that too. We’ve got so much to be proud of in the city and we want to showcase it properly online.”

Approved content will be shared on the MyBradford.org website and selected films will feature on Big Screen Bradford in City Park during the city’s film summit, between March 4 and 6.

Director of Bradford UNESCO City of Film, David Wilson, added: “There are so many stories to tell in our wonderful city. My Bradford gives people of any age and any background the opportunity to tell the story that’s important to them.”

The project will run until February 2016. Visit the website or email Jenny.eells@bbc.co.uk to get involved. 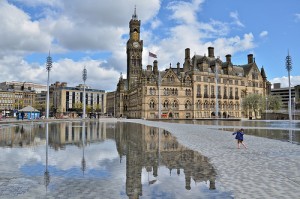