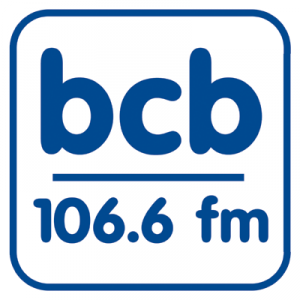 The Cutting Room is a monthly radio programme hosted by City of Film Director David Wilson in partnership with Bradford Community Broadcasting (BCB 106.6 fm). The programme focuses on all things relating to film and film culture. We discuss the work of Bradford UNESCO City of Film from festival activity to what productions are coming to the city with special guests, discussions and reviews. If you missed the show as it went out live you can catch up here:

In February’s show we talk about some of the great films coming out in cinemas now, made in Yorkshire and all supported by the Bradford Film Office – we talk about new releases, Dark River from Clio Barnard, Ghost Stories with Martin Freeman and Funny Cow with Maxine Peake – click the image below to listen now………..

and some shows from the archives………….

In our August show we look at some great films made in Bradford about to be released in cinemas including ‘God’s Own Country’ and ‘Lies We Tell’ – we also tell you what films are still available to enjoy at the Bradford Family Film Festival and discuss the line up of films and events at the Golden Years Film Festival. Stick the kettle on, put your feet up and catch up on all the essential film news as well as some cracking music – click on the picture below to listen

In our June show we celebrate the Small World Film Festival and talk about the winners and Enghien les Bains as well as Santos. We also give you highlights of some of the films on offer as part of the Bradford Literature Festival and play some great music. Love it

Listen to our March show here were we feature the Neighbourhood Film Project, Brush Strokes on the Bradford Big Screen and Dementia Friendly screenings in Bradford as well as previews of Man Down and Boss Baby – click the link below to listen to the full show

If you have a film related news item that you think we’d be interested in and would like to be a guest on a future Cutting Room, let us know via the contact page on this website. We’d be happy to hear from you.