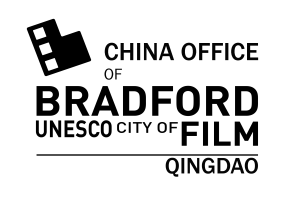 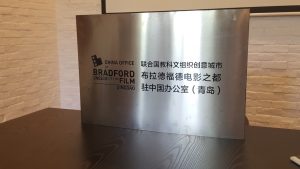 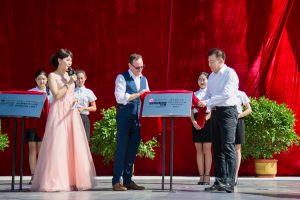 The official opening took place in Qingdao yesterday heralding a new era in the developing relationship between UK and China screen sectors. The Bradford Film Office plaque was unveiled at the opening of the prestigious new Qingdao Film Museum.

Bradford UNESCO City of Film director David Wilson, who is leading the project, attended the opening as part of the five day Qingdao Film Trade and Domestic Film Promotion Festival. 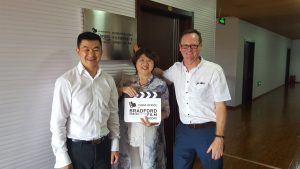 The Bradford Film Office is based in the west coast area of the city known as Lingshan Bay which is currently attracting a number of film and TV production companies eager to be situated next to China’s largest film production studio complex. 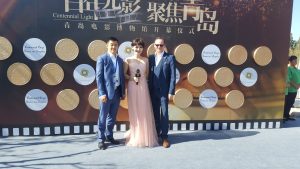 In a reciprocal arrangement Qingdao will also open a European China Film Bureau in Bradford in the coming months. As a result of the growing relationship between the two cities Qingdao University of Science and Technology and the University of Bradford are developing a number of collaborations in the areas of science and technology as well as film and TV production.

David Wilson, Director of Bradford UNESCO City of Film said: “We’ve been working with Qingdao for some time now and it is wonderful to be back in China to open this facility and meet some of the leading figures in the Chinese film industry. 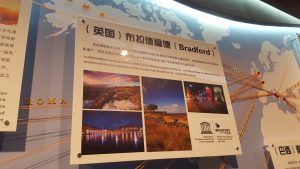 “The establishment of a Bradford Film Office in Qingdao will enable the UK to have a portal to promote UK co-production opportunities, and wider business opportunities with many of those conversations are already underway.

“In Bradford we have used our UNESCO designation to create the conditions for culture and creativity to thrive especially in the screen industries and we are steadily seeing the results.”

The wider Yorkshire region of the UK is at the forefront of film and TV production with latest figures showing that between 2009 and 2015, Yorkshire and Humber’s film & TV industries generated an annual turnover of £424m across 590 creative businesses, an increase of 247% against the UK average of 118%, with Gross Value Added (GVA) increasing 242% in comparison to a UK average growth of 120%.

(The figures are based on data from the Office of National Statistics and have been taken from research commissioned by Screen Yorkshire as part of a new five-year growth plan for the screen industries in the region.)

Mr. Li Ming, Director of Qingdao Culture, Radio, Television, Press and Publication Bureau said:  “Qingdao has accelerated the pace of co-operation in television and film with the whole world. At the same time, we have been promoting our co-operation steadily with Bradford in nine initiatives which open the new chapter in cooperation between Qingdao and the European countries.”

The Bradford Film Office will develop co-production projects between UK and Chinese filmmakers, opening up a range of incentives to accelerate film development.

A number of initiatives to promote Sino-British cultural exchange through film are currently in development with the China Film Association, with announcements for 2018 to follow.

Based in China’s Movie Metropolis – Qingdao, The China Office of Bradford UNESCO City of Film works to encourage co productions between UK and China and is located in the Linshan Bay Film and Television Culture Industrial Area. We are also working closely with the City of Qingdao to encourage greater participation between Bradford and Qingdao on a number of levels, from culture and heritage to business and education. 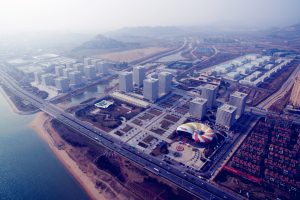 Qingdao, located in the southeast part of Shandong Province, is a beautiful seaside city with clear air and enchanting sea view. This city, bordered by the Yellow Sea on two sides, has the largest bathing beach in Asia and produces the mellow Tsingtao Beer. The City has a rich film heritage and is home to the largest film production studio complex in China.