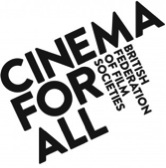 Film clubs are being encouraged to screen films “Made in Yorkshire” to celebrate the county’s impressive film heritage and mark the Bradford International Film Summit.

Hundreds of blockbuster movies have been set in the county, with Bradford leading the way as a popular destination, providing backdrops for film classics like Billy Liar, The Kings Speech and The Selfish Giant.

The Summit itself will be taking part by showing a preview of one of the latest films to be ‘Made in Yorkshire’ X+Y about a teenage maths prodigy, which was part filmed in Sheffield.

“Made in Yorkshire” – which launches in March and runs throughout 2015 – will encourage schools, film societies, community groups and cinemas to dedicate a film screening to God’s own county.

Bradford UNESCO City of Film is working with Cinema For All, the national support and development organisation for community cinema, to promote films that people want to screen. They also want to help film lovers set up their own film clubs and community cinemas across the county.

Managing Director of Cinema For All, Deborah Parker said: ”Having an international film summit in Bradford is such a fabulous idea. Helping communities set up their own film screenings is a fantastic way of bringing people together to watch the types of films that are meaningful to them and reflect the diversity of their community.

“Cinema For All helps people to navigate this sometimes tricky world of DIY film exhibition – through lending projection equipment to obtaining film licences to sourcing film titles. We can help communities create a magical world of film in their own backyard.”

Director of Bradford UNESCO City of Film, David Wilson said: “We hope that Made in Yorkshire will inspire people to gather friends and families together, enjoy a film and celebrate all that is wonderful about movies made in our fabulous county.”

If you would like to be part of the Summit screenings, Made in Yorkshire, contact the Bradford UNESCO City of Film Office on 01274 437697 or email bradford.unesco@gmail.com with the title ‘MADE IN YORKSHIRE’ and we’ll promote the event for you.

For more information on Cinema For All go to cinemaforall.org.uk