« Back to the About page

Meet the City of Film Board

Chair of the Board of Directors 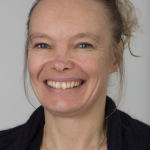 Jo became Head of the National Science and Media Museum in September 2012.  She believes that museums have a key role to play within communities,  not only preserving and conserving our cultural heritage but also offering opportunities for people to learn, share and be inspired.

Jo’s career in museums began in 1993 at the Science Museum, London.  Since then she has worked with different collections around the country, from maritime collections in Cornwall to the media collections in Bradford.  She has been responsible for the delivery of numerous exhibitions, from small temporary displays to multi-million pound, award-winning permanent galleries.

Jo is delighted to have the opportunity to shape the programmes at the National Media Museum and offer greater access to its collections and expertise.  The film programme and the film festivals are important cornerstones in the Museum’s yearly calendar and Bradford’s UNESCO City of Film status offers huge opportunities for greater participation in film, in all its guises.

Jo is also delighted to have moved to Yorkshire where she can enjoy her other passion – cycling. Nor can she quite believe her luck, with the Tour de France starting in Yorkshire in 2014!

Mark has spent over 34 years in senior roles in Marketing, Communications and Customer Relationship Management in a variety of high-profile private and public sector organisations worldwide.

In his early years he was Marketing Director for Principality Building Society in Wales and Head of Customer Management for Royal & Sun Alliance (responsible for leading Customer Management for the launch of MORETH>N), before running his own international CRM consultancy, helping over 30 companies worldwide to develop effective customer management practices.

He was instrumental in setting up Confused.com, before taking up a senior interim management career with organisations such as Open University, Royal Bank of Scotland Plc, Yell Group Plc, British Airways and Barnardos.

He was appointed Chair of CASE Europe Universities Marketing Forum in January 2021 and is a Board Member of Leeds City College and Bradford UNESCO City of Film, and an advisor to Bradford Literature Festival. He is a campaigner for equality, diversity and inclusion and is an ambassador for AWLO (African Women in Leadership Organisation) and the White Ribbon campaign. Nic Greenan was appointed in February 2020 as the new lead for cultural partnerships at Bradford City Council.

Nicola studied Arts Management at The University of Leeds and has spent her career working across the cultural, community & creative industries exploring the role of innovation, creativity and enterprise from a grassroots perspective . In 2009 Nic set up the LS14 Trust a community based social enterprise in Seacroft , which was the social housing estate she had grown up on. The award winning  LS14 Trust has gone on to employ local residents to deliver an events hire company, a digital lounge and café. In 2014 she was appointed Director of External Relations for East Street Arts an award winning national charity,  leading on developing and delivering new creative enterprise models for example; The Art Hostel the UK’s 1st Social Enterprise 34 bed Art Hostel and Convention House a new dedicated Art & Tech Hub in Leeds dedicated to creating news ways for learning through arts & technology. In 2016 she was appointed chair of engagement for Leeds 2023 bid for European Capital of Culture . In 2017 she was awarded the prestigious title of Yorkshire Women of The Year for her contribution to the creative sector. In 2018 Nicola was also appointed to the LEP board as sector lead for culture and inclusive growth and stepped down in January 2020 to take on a new role at Bradford City Council as Lead for Cultural Partnerships and was then appointed the Chair of East Street Arts. Nicola is also a trustee of Bradford Culture Company and Bradford City of Film