« Back to Bradford International Film Summit 2015 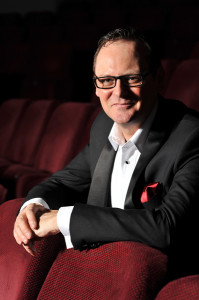 Over three days 4 – 6 March 2015…We staged a series of seminars, screenings and events to discuss film and TV production and education, set against the backdrop of this film loving city.

Our aim was to share with the world the work we have
done in the city since being awarded the prestigious
United Nations’ Education Social and Cultural
Organisation’s City of Film status. The Summit was our opportunity to show how the power of film can be used to help drive social and economic change. On our agenda was how to attract increased film and TV production to Yorkshire and capitalise on the business opportunities in film related industries and services; developing collaboration opportunities through international networks; sharing best practice on our education and skills programmes and inspiring communities to enjoy and experience more film.

Hundreds of people attended, including delegates from five UNESCO Creative Cities and leading film bodies, the British Film Institute (BFI), The British Film Commission and Screen Yorkshire. Our speakers commented on the “entrepreneurial spirit” they felt amongst the audiences and they left Bradford feeling inspired by the enthusiasm
and energy of our young people keen to be the next generation of film and television makers.

We gave hundreds of young people the chance to rub shoulders with industry experts with the potential to set them on the right path to careers in film and television.
There is a lot of work to be done moving forward as Bradford UNESCO City of Film. As priorities, I will take part in national and regional conversations about how we make Bradford, alongside other cities in the north,
a hub for production and filmmaking; I will work on securing funding to extend our successful Film Literacy Programme into secondary schools; I will look at how we answer the call to host more Film Summits and events
in Bradford in the future and I will continue to engage
with our international and national networks to build on
and develop our role using film to make the future for
Bradford. David Wilson – Director, Bradford UNESCO City of Film

Laughter; tears; screams of terror and shrieks of joy are emotions created by some of the most iconic films, made in Yorkshire. From classics such as the Railway Children, the History Boys and the Full Monty to blockbusters like Elizabeth, Count Dracula and Robin Hood Prince of Thieves, the list of great films Made in Yorkshire is endless. As part of the Bradford International Film Summit we want the whole country to celebrate Yorkshire and all the amazing and inspirational films that have been made here. ‘Made in Yorkshire’ will run throughout the month of March and we are encouraging schools, film societies, community group and cinemas to dedicate an evening of film to God’s own county. More information on how to get hold of the branding and get your event listed in our programme information will be uploaded in the first week in January 2015. Venues across Yorkshire

In conjunction with Bradfords International Film Summit in March and coinciding with a new Hockney exhibition at Salts Mill, Keighley Film Club is proud to present a film about a local man who became internationally famous and is from Gods Own Country.

There have been a number of films about David Hockney but this time the director Randall Wright was given unique access to construct a joyful, sensitive, intimate and candid docu-portrait of Hockneys early years. The film reveals a Bradford born and educated man who has risen to the top of his profession and is arguably the greatest artist living today.

The film covers his early influences in Bradford, key inspirational artists, emergence of the British Pop Art scene and experience of being gay when the Aids crisis took hold in California. The film has been described in a London Film Festival review of Hockney as “the epitome of Mod cool in the 60’s with his funky paintings and drawings that explored what it meant to be gay before it was generally accepted to be out.”

Running throughout the summit

Big Screen Bradford will launch a series of photographs and short films based on people’s experience as extras in film & TV shows. We will be collating your images and stories from January right up to the start of the summit and throughout, so if you have a story to tell as a film or TV extra – we want to hear from you. Venue – Big Screen Bradford, City Park

See below for full details. On the opening day of the summit we will launch ‘Made in Yorkshire’. An opportunity to discover the best of Yorkshire films from across the decades at cinemas, Film Clubs and Societies, Village Halls, Schools and other venues.

Cinemobile is Ireland’s mobile cinema, bringing the magic of movies to towns, villages and communities throughout the island of Ireland. Cinemobile is an ingenious machine – it looks exactly like an ordinary articulated truck but in less than an hour converts into a 100 seater cinema. Cinemobile will be in Centenary Square, Bradford for the duration of the film summit with a range of film workshops and film screenings. 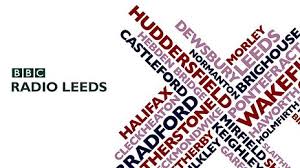 devices. The project aims to give anyone of any age from all walks of life the opportunity to learn the basics of filmmaking, editing and sharing their stories. Watch out for taster sessions at various venues throughout the summit. The project will then run for the rest of the year. There will be more information on how to get involved coming soon.