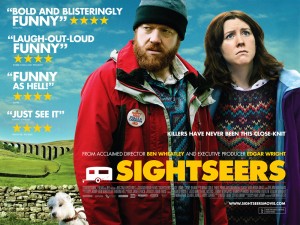 Tickets for all screenings (excluding Film Festival screenings during July, and special events) are £5.50 for non-members, or £4.50 for members.

Directed by Ben Wheatley (Kill List) and produced by Edgar Wright (Shaun of the Dead), it tells the hilarious story of a young couple who’s dream caravan holiday takes a very wrong turn. Brutally original, painfully funny and extremely gory, Sightseers is an excellent mix of dim British comedy and the absolute macabre.

For more information about how to become a member

Trailer for the film