We are currently working with partners to develop an exciting schedule for the Golden Years Film Festival which will take place later this year. More details to follow soon. 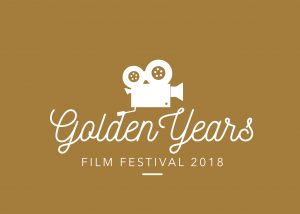 A celebration of life through film with talks, discussions and screenings. In partnership with Bradford UNESCO City of Film and Picturehouse at National Science and Media Museum.

How to book tickets:

In person: The box office will open at least 15 minutes before the start of the first film each day.

As part of the Golden Years Film Festival 2017, Bradford UNESCO City of Film with Age UK Bradford co commissioned Bradford filmmaker Suman Hanif to make a short film highlighting the issues of loneliness and isolation for some people in Bradford.

The film is now been used to raise awareness around loneliness and isolation by organisations and community groups across the Bradford district and beyond.

It’s a Wrap! – Here are some of the highlights from the 2017 festival – we hope to see you again next year!! 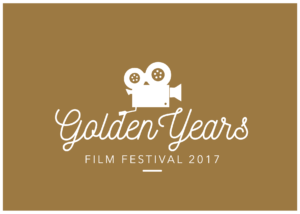 We’re really looking forward to this year’s Golden Years Film Festival,  with an exciting line-up of screenings, talks and events – all celebrating life through film.

This year we are really excited to be partnering with Picturehouse Bradford, so for six days festival goers can enjoy films, talks and discussions in one of Bradford’s premier arts locations. A stone throw away we’re partnering with the Delius Arts and Cultural Centre and the historic Bradford Club, who will be hosting some fabulous screenings, all adding to or rich and diverse programme.

We are delighted to have Northern Gas Networks on board as our main sponsor this year.

We have comedy, classics, musicals and documentaries including a specially commissioned short film by Bradford filmmaker, Suman Hanif about how loneliness affects older people in the city.

We will be glimpsing into lives past and present through some stunning archive film sessions, taking a special look at the Bronte sisters and exploring Bradford’s 100-year film heritage.

So come and join us, we look forward to seeing you.

How to book for festival events:

Little Horton Ln, Bradford BD1 1NQ
Phone: Telephone lines are open from 9.00am to 8.30pm, seven days a week.
Please call 0871 902 5756 (calls cost 13p per minute plus your telephone company’s access charge).
Online: You can book tickets online at https://www.picturehouses.com/cinema/National_Media_Museum
In person: The box office will open at least 15 minutes before the start of the first film each day.
Access
Wheelchair spaces and free carers tickets are bookable online. Alternatively, to book wheelchair spaces or carer tickets by phone, or for all other accessibility enquiries, please call our dedicated accessibility hotline on 02072 947908. For Text Relay call 18001 02072 947908.
Silver Screen is Picturehouse Cinemas free-to-join club for over-60s. Get £4.50 cinema tickets and a free tea or coffee and biscuits on all screenings Monday to Thursday before 5pm. To sign up for a free Silver Screen Membership, please visit Box Office (located within the National Science and Media Museum foyer).

29 Great Horton Road, Bradford BD7 1AA. Refreshments available and all are welcome, no need to book.

Doors open at 17.00hrs with the film starting at 17.30hrs.
Price for this special screening is £1 for all.
Refreshments available at the bar.
Wheelchair access.

Have a look below to see what happened last year and please get in touch through our contact page if you would like to be involved.

Yorkshire’s first three day film festival celebrating active ageing and life through film finished on 5th October 2016  after proving a hit with audiences of all ages.

We are now processing some of the great feedback we have received and would like to start planning next years festival as soon as possible, taking on board your comments and suggestions. We would like to thank everyone involved in the festival, especially our volunteers.

Click on the images below to see some of the photographs from the festival and some of the results of our lights, camera, action workshops where delegates used auto cue and green screen to record a short piece to camera. We calling them the Golden Ones! Enjoy……. 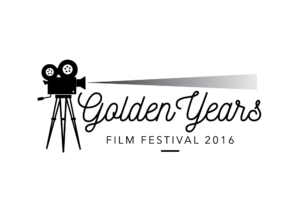 This October sees the arrival of the Golden Years Film Festival, an exciting three-day event taking place in City Hall – a building with its own rich film heritage, as our first screening will show… With an aim to celebrate life through film, Golden Years Film Festival boasts a diverse programme of screenings, discussions and workshops that will entertain, inspire and get everyone talking film! Alongside screenings of classic and modern films, visitors will be invited to take a look into Bradford’s hundred-year film history, and glimpse into the city’s past through footage from Memory Bank Bradford. Festival-goers will have the chance to shoot, edit and share their own piece of film, with final results being shown on the Big Screen in City Park. And if all that leaves you in need of a quick tea break, the Film Café will be on hand with a tasty selection of drinks and snacks. Golden Years is a free event, so why not head over and take a look – you may be Bradford’s next star!