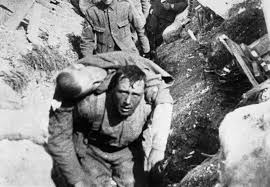 This year, Imperial War Museums (IWM) and members of the First World War Centenary Partnership are working together to show the UNESCO listed film The Battle of the Somme, to audiences across the world.  Shot and screened in 1916, it was the first feature length documentary about war and changed the way both cinema and film was perceived by the public. In the year of its release around 20 million people, almost half the population of Britain at the time, watched The Battle of the Somme many hoping to see the image of a loved-one, or friend captured on film.  One hundred years later, this unique film from IWM’s collection, is being shown to commemorate the anniversary of the Battle of the Somme.

Bradford UNESCO City of Film will be hosting two screenings of the film at City Hall, Bradford on Monday 11th July 2016 at 15.30 and again at 18.30. David Wilson, Director of Bradford UNESCO City of Film said, this is a very powerful film and many people still have a personal connection to this event from across the UK. This was also the first non-fiction film to be inscribed in the UNESCO Memory of the World register and is as relevant to audiences today as it was when it was first screened 100 years ago. The Battle of the Somme was the first feature length documentary about a war and running for over an hour was also one of the longest films of its time and was seen by over 20 million people making it the most popular film of that era. The film was shown in 18 different countries around the world and raised thousands of pounds for war charities. It was also the first film to be reviewed by the press.

The film screening is free to attend but booking is essential. People wishing to attend need to email the film team at Bradford.unesco@gmail.com and reserve a place and state which time slot they would like.